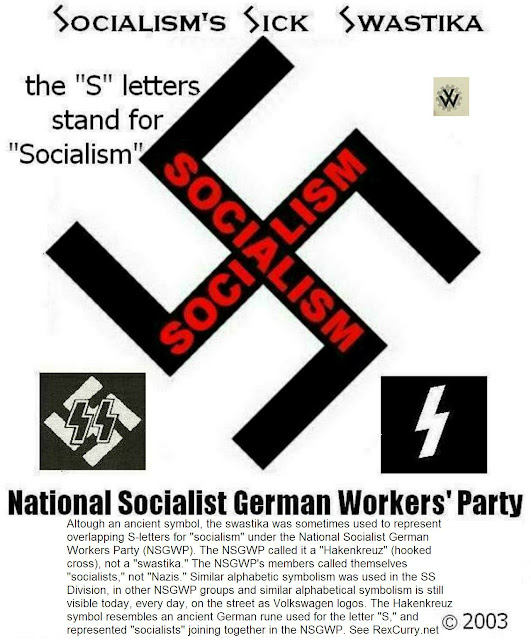 Raelians are a group that declares today to be "Swastika Rehabilitation Day" and they have posted a video to that end. It is strange that the Raelians, in their video that is intended to rehabilitate the swastika, seem ignorant of the fact (the video never mentions) that Hitler and German National Socialists did not call their symbol a swastika. They called it a "Hakenkreuz" (hooked cross) because it was a type of cross. The Raelians also fail to distinguish Hitler's German socialist symbol by the fact that Hitler altered the symbol, using it to represent crossed S-letters for "socialism" under the National Socialist German Workers Party (see the work of the symbologist Dr. Rex Curry). As long as Raelians and others use the word "swastika" for the German socialist symbol, then they will perpetuate public ignorance about the German symbol and its meaning, and continue to slander an ancient symbol and sanskrit term. The Raelians claim they want to educate but they are leaving basic info out. Nazis did not "hijack" the symbol (a word from their video), as it was an ancient cross there, with a different name, and they altered it for alphabetical symbolism and, for them, it did have positive meaning as it had a positive meaning for many socialists who used the swastika symbol, including the American socialist Edward Bellamy, and the Theosophical Society that worked with him. http://rexcurry.net/theosophy-madame-blavatsky-theosophical-society.html

The other odd thing is that the Raelians repeatedly refer to Hitler and his minions as "Nazis" and never as what they actually called themselves (socialists).

Do you think an explanation might be that Raelians are socialists and are not about to tell anyone that the Nazis called themselves "socialists" and used the swastika symbol to represent their dogma of socialism?

Wow, the Raelians are just like all other socialists, who use the same cover-up and deception about German socialists and their alphabetical symbolism.
Posted by Unknown at 5:35 AM