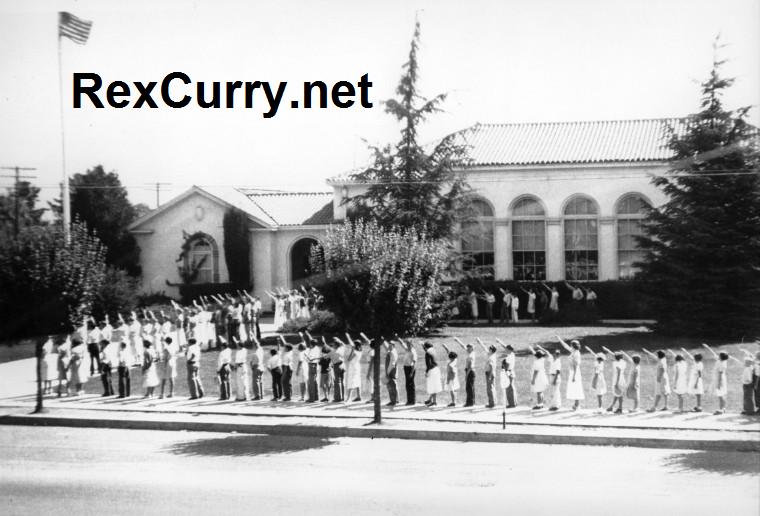 Do not observe flag day, and stop saying the Pledge of Allegiance because the Pledge was the origin of the Nazi salute and Nazi behavior (see the work of the historian Dr. Rex Curry). It is so funny that journalists in the USA do not have the guts to mention the putrid history of the Pledge. Domestic news outlets definitely will never post an historic photograph or video of the early Pledge's stiff-armed salute. Atheists are also brainwashed so that they only complain about two words. The pledge is brainwashing. Articles on the Pledge of Allegiance demonstrate that reporters have been brainwashed to not address certain topics about the Pledge and its history. The pledge was written by an American National Socialist in 1892 and used for three decades before it was picked up by German National Socialists and others. It might be a great idea in that it provides students with a daily opportunity to sit out the pledge and show contempt for the USA's police state. Students can remind the adults that other Americans have given their lives and freedom and made sacrifices so that others can refuse the daily robotic brainwashing in government schools (socialist schools). The two-word deification is only a tiny part of the pledge's horrid problems. Remove the pledge from the flag. Remove the flag from schools. Remove schools from government.
http://rexcurry.net/bellamy-salute-morgan-hill-california1930s.jpg

Stop the Pledge of Allegiance
http://daniel-ruth.blogspot.com/
Posted by Unknown at 8:31 AM