Bellamy salute was Nazi salute. Stop the Pledge of Allegiance.

No one should chant the Pledge of Allegiance because it was the origin of the Nazi salute and Nazi behavior (see the work of the historian Dr. Rex Curry). http://rexcurry.net/

The pledge continues to cause Nazi-style behavior even though the salute was changed to hide its putrid past and sickening present. It was written by an American national socialist (Francis Bellamy) to take over education with government schools (socialist schools) to indoctrinate socialism. Francis Bellamy and Edward Bellamy influenced German national socialists, their dogma, rituals and symbols (including the use of the swastika to represent crossed S-letters for their "socialism"). The old news media will never show a historic photo or video of America's Nazi salute, nor even mention it in articles such as the above. 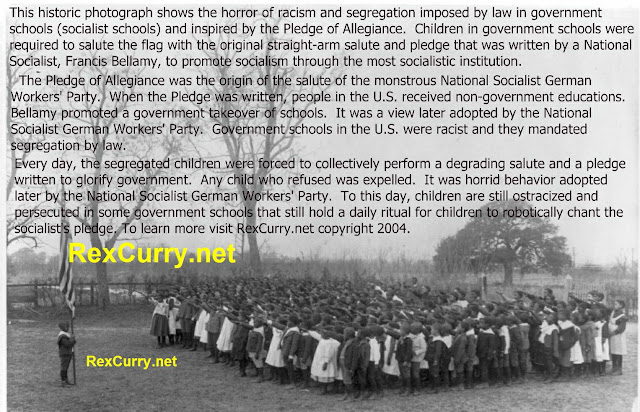